Antiy – an important enterprise node of China's network security emergency response system – has been rated highest for its excellent performance in CNCERT and its sub-centers.

Antiy was one of the two state-level supporting units rated excellent, while a dozen of others were rated good or medium. 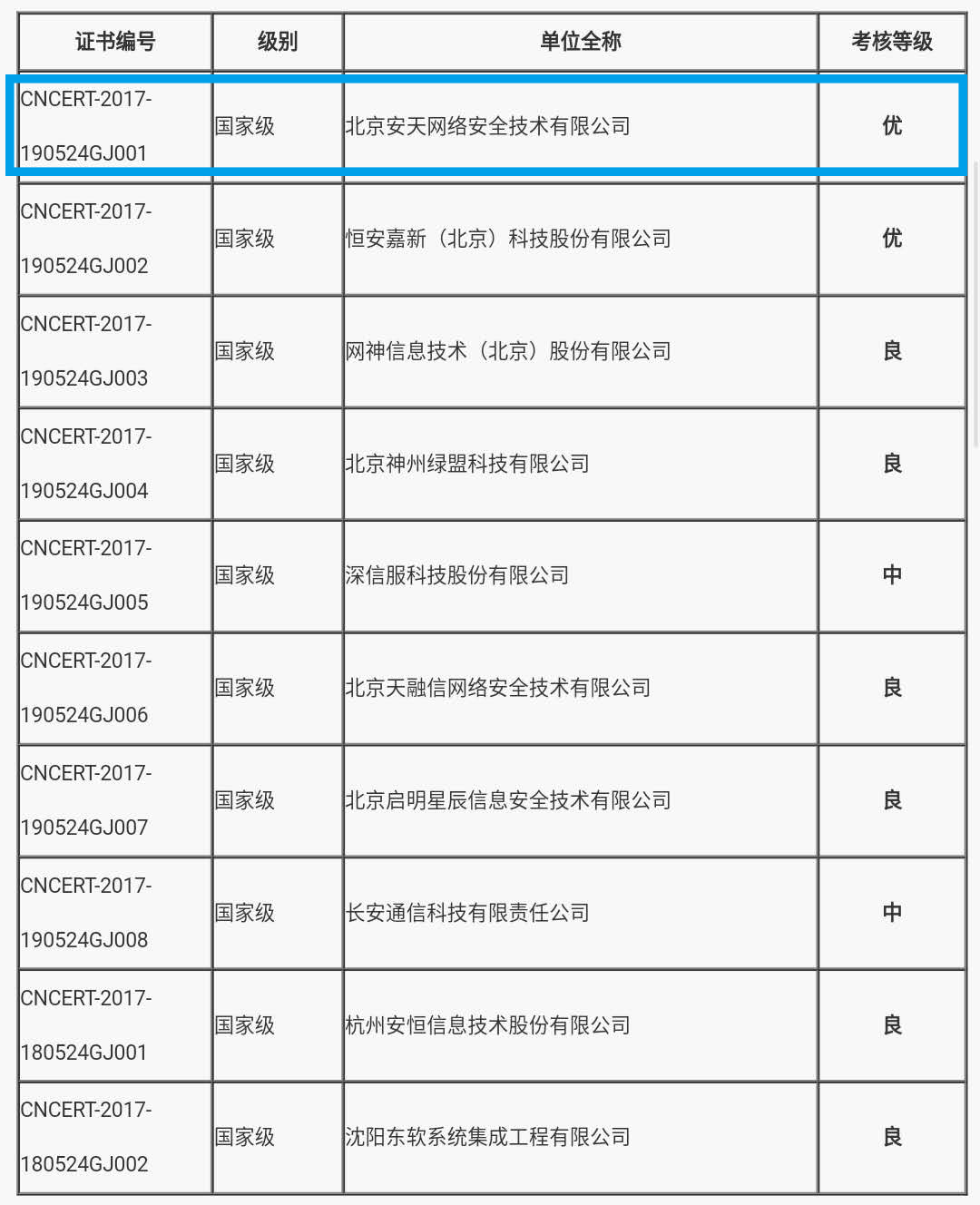 As a National Network Security Emergency Service Support unit, Antiy has participated in the network security protection work of major political and social events, including the 17th, 18th, 19th CPC National Congress, sessions of the NPC and CPPCC since 2010, Beijing Olympic Games, World Expo 2010 (Shanghai), the 2010 Guangzhou Asian Games, APEC meeting in 2014, 70th anniversary of the victory parade of the Chinese People's War of Resistance against Japanese Aggression, G20 Hangzhou Summit, Belt and Road Forum for International Cooperation, the BRICS Summit and so on.